Home » Child Birth » ALL YOU NEED TO KNOW ABOUT JAUNDICE

ALL YOU NEED TO KNOW ABOUT JAUNDICE 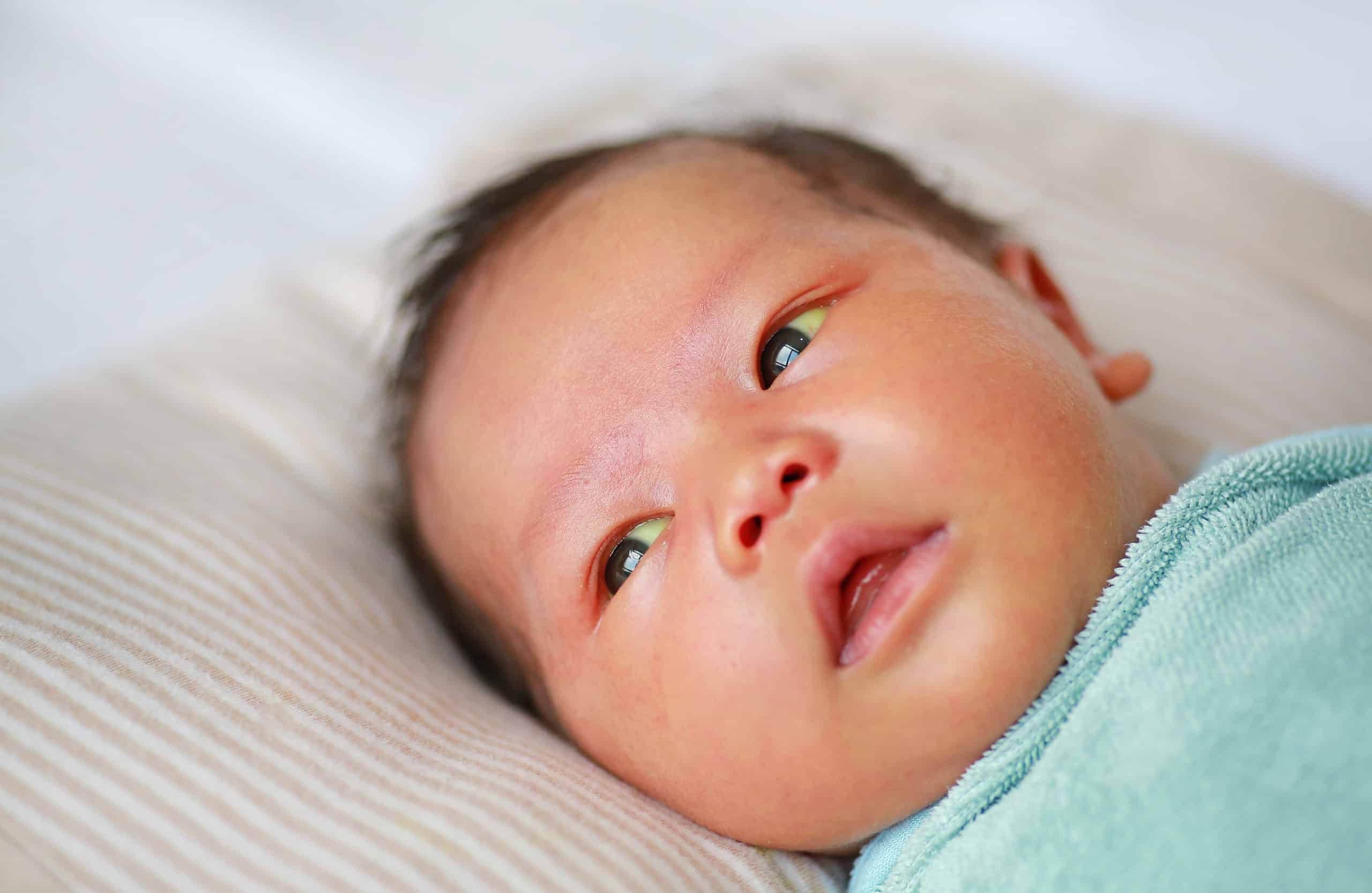 Yemi could notice the yellow discoloration of the eyelid of her first baby 72 hours after his birth. However, this didn’t make much sense to her since this was her first child and she felt it was normal.

The discoloration continued slowly up to the point where her baby could not suck as much as he used to, and his cries were becoming uncontrollable. She had no choice than to seek help from her doctor. Her baby had jaundice!

In This Article We Explore…

When your newborn’s skin and eyes look yellow, it’s possible he may have jaundice. It may seem alarming to you as a mother, but it is a common problem in newborns, and it’s usually harmless. Sometimes it goes away on its own, or your doctor may suggest light therapy or other treatments to take it out.

Jaundice happens when too much of a byproduct of the red blood cell released during their normal breakdown process, builds up in the blood. Close to 60% of babies get it.

The first sign is the yellowing of a baby’s skin and eyes. The yellowing may begin within 2 to 4 days after birth and may start in the face before spreading down across the body of the baby.

In addition to this, if a finger lightly pressed on a baby’s skin, and it causes that area of skin to become yellow, it’s likely a sign of jaundice.

Some of the body’s red blood cells break down every day and produce bilirubin – a by-product of the blood. It’s the liver’s job to remove it out of the body. When your baby is still in your womb, your liver clears out his bilirubin for him or her.

After birth, your newborn’s liver takes over. However, in some cases, the baby’s liver is unable to break down bilirubin as quickly as his body makes it, and it starts to build up. As a result of its yellowish color, bilirubin turns your baby’s skin and eyes yellow.

An underlying disorder or disease may cause this disorder in infants. In these cases, jaundice appears much earlier or much later than the more common form of infant jaundice. Diseases or conditions that can cause jaundice include:

What are the risk factors for jaundice?

The major risk factors, especially for severe jaundice that can cause complications, include:

A baby born before due date for delivery may not be able to process the byproduct of the red blood cell (bilirubin’s) as quickly as full-term babies do.

Babies who become bruised during delivery may have higher levels of bilirubin from the breakdown of more red blood cells. Examples are during vacuum assisted births.

In cases where the mother’s blood type differs from her child’s, he/she may have received antibodies or proteins through the placenta. This causes abnormally rapid breakdown of red blood cells.

Breast-fed babies, particularly those who have difficulty nursing or getting enough fluids and nutrition from breast-feeding, are at higher risk developing jaundice.

Also, dehydration and low energy intake may contribute to the onset of this condition, therefore, your baby must get enough to eat and stay well hydrated.

High levels of the by product of blood (bilirubin) that cause severe jaundice can result in serious complications if not treated.

The byproduct of blood (Bilirubin) is toxic to cells of the brain. If a baby has severe jaundice, there is a risk of bilirubin passing into the brain, a condition called acute bilirubin encephalopathy.

Prompt treatment may prevent significant lasting damage by this condition. Signs of acute bilirubin encephalopathy in a baby with jaundice include:

Kernicterus is the syndrome that occurs if excess bilirubin causes permanent damage to the brain.

In most cases, Kernicterus causes:

How can newborn jaundice be treated?

Mild jaundice will usually resolve on its own as a baby’s liver begins to grow. Frequent feeding (between 8 to 12 times a day) will help babies pass bilirubin through their bodies.

On the other hand, severe jaundice may require other treatments. A common and highly effective method called, Photo-therapy, uses light to break down bilirubin in your baby’s body.

In conclusion, this condition occurs normally in babies with symptoms of yellow discoloration of the eyelid and body part.

Furthermore, it could last for some couple of days or weeks. Some resolve on their own while other cases require sunlight or photography.

When your head says you should eat healthy but‌

Happy Fathers Day to all our rockstar dads! We che

Hey Mums, are you as excited as we are? Don’t fo

It’s funny how the job of parenting comes with a

The soreness and pain after delivery can be someth

The Stages of Prenatal Development

All You Need To Know About Postpartum Swelling

How to Deal With Postpartum Cramps

Treating Back Pain After Epidurals: What To Do

How to Relieve Tailbone Pain During Pregnancy