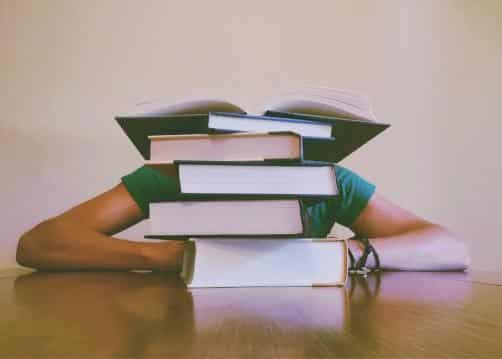 This pregnancy was confusing! Chike wondered what would make a pregnant woman want to eat paper. His wife, Louis had developed an insatiable desire for books, but not in a good way.

Speaking to their family doctor, Chike complained his wife eats the paper. Ripping away pages, one by one, putting them in her mouth and chewing greedily on them.

Apart from her voracious appetite for books, his wife Louis was otherwise normal. In fact, she’d just given birth to their first daughter.

During the pregnancy, everything was normal; there was no complication or usual discomfort. Everything about her diet remained regular (except the paper consumption, of course).

He had no idea when it began nor how to stop it. He had first noticed it when she was consuming just bits of paper, loose pages, cutouts of newspapers, small flyers, and the likes. At that time, he thought it was just a phase that would soon pass away. However, Chike gradually watched his wife progress from bits of paper to whole books!

At this point, he decided to seek help

“What is happening?”, Chike asked the doctor. “Is this going to hurt her?”, “Is she depressed?”, “Should I be worried?”.

The questions kept on coming.

The desire to eat non-food items or things not normally considered to be food is known as PICA.

There are no laboratory tests to detect PICA. Instead, diagnosis is made through a patient’s medical history.

For efficiency, this diagnosis should be followed by lab tests for anemia and digestive tract blockages which may arise from the substances consumed.

In Nigeria, most cases of PICA are usually unnoticed.

Therefore, it is unclear about how many people are affected by pica. However, one study reported that pica was a normal occurrence for pregnant women in Malawi, as this is how they know they are pregnant. Similar studies also reported a high prevalence of pica in Tanzania (63.7%), Kenya (73%) and Nigeria (50%).

Some of them include:

Repeated consumption of non-food items for a long period of time could prove dangerous. This is because some of these items have toxic, poisonous and bacterial content. Some health implications include;

Some risk factors of pica include;

The first course of treatment for pica is checking for nutritional deficiencies.

At times, the development of pica is an indication that your body is trying to compensate for a mineral or vitamin lack. Thus, using vitamins or nutritional supplements to treat such deficiencies usually helps resolve the pica.

However, if pica is not caused by malnutrition or does not stop after nutritional supplementation, other forms of management need to be considered. There are a variety of behavioral therapies available.

Your health care providers will be in the best position to recommend one.

A majority of pica cases go unreported in Africa, because most people who have this disorder tend to be secretive about it. The onus thus is in the court of health-care providers to pay key attention to any tell tale signs or even inquire specifically about any abnormal eating habits. Find out about foods to avoid during pregnancy